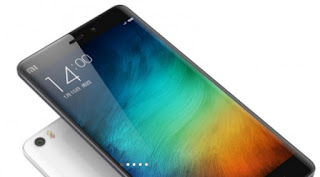 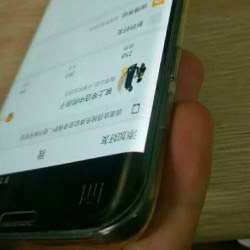 The Xiaomi Mi Note 2 is expected to be unveiled on October 25th. Following the leak of PowerPoint presentation slides that we passed along to you earlier today ( which gave us a treasure trove of specs to show you ), some new live images of the phablet have been discovered on Weibo. The new images show off the dual-curved edge screen on the front of the phone. What we don’t see is the back of the device where a dual camera setup resides. Both the 23MP and 12MP snappers are using Sony sensors ( IMX318 and IMX378 respectively ). An 8MP camera adorns the front of the phone to shoot selfies and handle video chats.


The Xiaomi Mi Note 2 carries a 5.7-inch Super AMOLED display with Force Touch and a 1440 x 2560 resolution. The Snapdragon 821 SoC provides a Quad-Core CPU and the Adreno 530 GPU. One model features 4GB of RAM and 64GB of native storage.
Another variant comes with 6GB of RAM and 128GB of flash storage. A 4100mAh battery powers the unit, with Quick Charge rapid charging capabilities included. An ultrasonic fingerprint scanner is found under the display, and an iris scanner is thrown in for good measure. 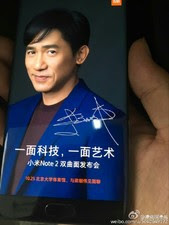 Without a doubt, this is Xiaomi’s most ambitious handset ever. And don’t forget, CEO Lei JUn has promised that the Mi Note 2 will come with a surprise. The model with 4GB of RAM is said to be priced at the equivalent of $415 USD, while the unit with 6GB of RAM might cost you the equivalent of $455 USD. 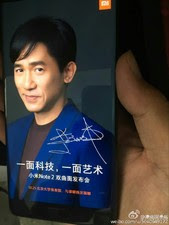